That’s the question I am sometimes asked as a follow up to “What kind of work do you do?” Not many men ask the question. Mostly it’s women. Sometimes there’s a follow-up to the follow-up: “What do you talk about?” It seems that women are more used to men not talking than talking. ‘You talk to men about life on the inside? About how they feel? They do this voluntarily?’

Here’s the thing: When a man is ready to talk, he is ready to talk. He comes into my office, he sits down, he starts talking. He doesn’t usually weep, at least not in any prolonged way, not in the way that women will often do when they talk to each other about matters close to the heart. The conversation between us unspools in a way that is relaxed and natural. At some point in the conversation, we might find ourselves laughing. If you were watching us with the sound turned off, we could be talking about a Jays game or the new F-type. But we’re not. We’re talking about some kind of pain. We’re talking about what their options are. And maybe there are no options. I call these conversations men’s work.

Several years ago I went on a spiritual retreat with 120 other men in the mountains north of Santa Fe, New Mexico. The retreat leader was the great Franciscan priest Richard Rohr. Near the end of the retreat, he told us to go off into the desert by ourselves, to take a bottle of water and not to return until the sun began to set. We could go anywhere we wanted—climb a mountain, follow a creek bed, find some sparse shade, it didn’t matter. We just had to be by ourselves in the heat of the desert for one day. It was interesting, the next day, to hear back from some of the men. Many reported seeing animals. Some men, sitting, had animals approach them. Others had spent hours climbing to some high perch and then spent the day  just looking out, feeling the heat get into them, or getting mesmerized by the industry of insects. And there was this curious thing which we didn’t discover or talk about until the next day: Some of the guys, at some point during the day, took off all their clothes. Nobody told them they should do this, or that they would want to. They just did. That’s guys for you. They tend to be so individualized and privatized that they think they are all alone in what they do and how they feel. When one man asks another man what he is going through, and the man tells him, something changes. For both men.

To me, it just makes sense that counselling should be gender-specific, e.g., man to man, woman to woman. Ought we not to respect life’s most fundamental fact, that women and men are different? Perhaps male therapists who counsel women could use a little humility here. Until they start having 28-day cycles and producing eggs, no man can truly know the life of a woman.  I’ve been married for quite a while, and helped raise two daughters. What I’ve learned is that women can solve their own problems. Equally, and I know this beyond a doubt, men have the dignity, the strength and the insight to solve the problems that men have.

For sure, we will go about problem solving differently, and according to natural inclination. In general, women are much freer than men; they’ll reach out to any and all sources for help; they’ll talk to almost anybody about anything. A stranger on a bus is apt to get the whole story. Men, by contrast, are so personalized and privatized that the most basic act of connectivity feels like a risk. And, of course, it is a risk! If there is something to be exposed, real communication (vs. pseudo-communication) will expose it. Exposition changes things. If there is unbridgeable two-ness in a relationship, the truth will end a relationship. So which sex is the most fearful? Yes, that would be men. In the therapy world, fear, not anger, is the real demon.

One thing men know instinctively is that there is a difference between a friend and a counsellor. A friend will tell a man what he wants to hear. A counsellor will tell a man what he needs to hear. That’s why, if a man is under sufficient pressure, there is a likelihood he will at least consider hiring someone to talk to. Many years ago, one of the men I counselled compared me to a prostitute. I didn’t take it as a compliment. Neither did I take it as an insult. (After a while, we stop reacting to every little thing. Here’s a good question to keep in your wallet: What difference does it make?)

It’s a tremendous moment in a man’s life when he asks for help from someone he doesn’t know on a subject he would rather not talk about, and then doles out a significant amount of money for the privilege of doing so. When a man I’m meeting for the first time shows up at my office, the first thing I think is, “Good for you!” Even before “Hello” I figure he’s done 70 percent of what he needs to do. The man doesn’t know it, and probably wouldn’t believe it if I told him, but the rest is easy.

Number one on my list of spiritual virtues is courage. It comes from the root word for heart.

Everything a man needs is inside of him. 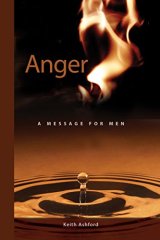 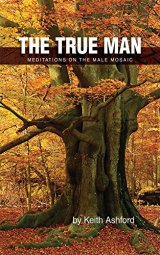